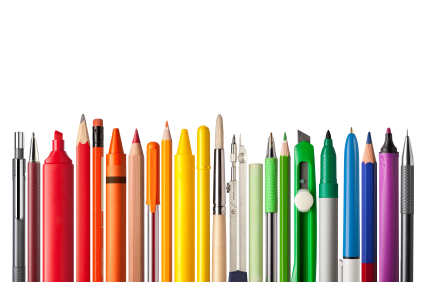 We asked our committee members and winners to nominate a short story that they particularly love, and to tell us a bit about why.

Robert Tait  “For many years, over summer, a group of us would have evening picnics in Nielson Park, which is a beautiful wooded park with a harbourside beach in Sydney. We’d get there about six in the evening and leave about ten: have a swim, nice food, and then, before the sun properly set, read a short story from the latest New Yorker. Quite long short stories but that was good because everyone had a proper read. The stories that most stick in my mind, not specifically but mood-wise, were by Haruki Murakami — perhaps because his slightly spooky and unresolved tone perfectly matched our setting and tipsiness. Here is an example — a good one!
U.F.O in Kushiro, by Haruki Murakami “

Teresa Savage “I came from London to live in Sydney in 1988, arriving four days before the bicentenary celebrations. I decided to make sense of my new home, and that bicentenary, by reading the literature of the place. Over the next couple of years I ploughed my way through Miles Franklin, Henry Handel Richardson, Patrick White, Aeneas Gunn, Thea Astley, Oodgeroo Noonuccal, Hal Porter, Ruth Park, Sally Morgan, Kate Grenville, Ruby Langford Ginibi, Helen Garner and many more. But it was Barbara Baynton’s collection of short stories, Bush Studies, published in 1902, which made the biggest impact. One of those stories, Squeaker’s Mate, is a devastating portrayal of the reality of life for white women settlers, and a shocking rebuttal to Henry Lawson’s Drover’s Wife. Her construction of the bush as a place of gothic, inhospitable horror crashed against my struggle to understand the Aboriginal sense of being part of the land, and the masculine heroism of mateship and the pioneering spirit. That clash of values became for me an integral part of understanding Australian society, and remains with me. You can read the whole collection here . But if you don’t have time to read it all, just take a deep breath and read Squeaker’s Mate.”

Ricardo Felipe  Ric nominated Sharing a cab and my toes, by Julia Anne Miller, because it is short and simple and made him laugh.  You can read it here

Amelia Lush  has so many favourite short story authors including Lydia Davis, Angela Carter and a lot from the new crop of young Australian women such as Abigail Ulman, Ellen van Neervan and Tegan Bennett Daylight but her favourite is anything by Michelle Cliff.  Rubicon is wonderful!

Adrik Kemp was the winner of our 2015 competition, with his story, A Jellyfish Daydream .  One of his favourite short stories is ‘In the Hills, the Cities’ by Clive Barker. It is one of the first short stories he ever read, and it was so exotic to him as a teenager to be set in Belgrade and feature not only a gay male couple as the leads but have them get down and dirty as well. Add to this one of his eternal idols, Clive Barker’s trademark weird horror and he was in curious heaven. Adrik’s second favourite is much more recent, ‘The Fluted Girl’ by Paolo Bacigalupi. A breathtaking, detailed fantasy that had him hooked from the moment he understood what the title meant. Adrik joyfully tweeted at Bacigalupi that he loved it and the author replied, so Adrik’s happiness reached its rightful place.

Ash Rehn was the winner of our 2014 competition, with his story Mothers, which can be read in the booklet of winning stories here.  Ash tells us; “Michael Cunningham is one of my favourite authors. I read all his novels and appreciate the way he writes characters with sexuality that isn’t straightforward. I love his short story Mister Brother because, in under 2000 words, it delivers so much. The technique he uses to collapse time inspired the end of my own story Fallen Heroes.” While it isn’t immediately accessible on the net, Mister Brother featured in the 1999 O. Henry Awards Prize Stories Anthology and is also available as an Audible audio-download.

Cameron Bayley was the winner of our 2013 competition with his story, Make it Work, which you can read in the ebook from that year.  Cameron says; “My favourite short story is by Ernest Hemingway called Cat In The Rain from his collection called In Our Time, which I encountered at university. I love its brevity. There’s sadness, kindness, fierceness (with a hint of brutality) and glamour all presented in such a tight focus. It’s dramatic and beautiful. It’s almost like a short film (I picture someone like Michelle Williams as the gamine American wife bewitched by a soggy moggie).  If I can, I would also like to give an honourable mention to Housewife by the fabulous Amy Hempel, which I can give in its entirety here. It’s so incredibly short, sexy, funny, and enticing:
She would always sleep with her husband and with another man in the course of the same day, and then the rest of the day, for whatever was left to her of that day, she would exploit by incanting, “French film, French film.”

Madeline Shaw came third in our 2014 competition with her story Rosie.  Madeline nominates  The Undertaker by Sarah Martin because she loves the pace of this story, the realness of the characters and the preciseness of the emotions. Well crafted.