Here are our 2019 Winners.  Read the Judge’s report 2019.  The winning stories will shortly be  available as an ebook on Amazon for Kindle  – Over The Top 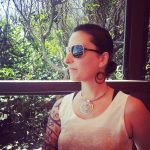 Belinda is a storyteller, educator and screenwriter who explores themes of migration, identity, queer histories, food and grief. She has featured in Archer Magazine, The Victorian Writer, Mamamia, the David Hardy anthology BOLD and City of Gold Coast’s LENS GC and she is the co-author of CO The Creative Couples Project. 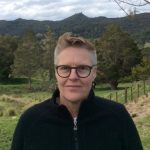 Elisa has been writing for three years. After attending two art schools she has spent her life being a painter and a painting teacher. There are definitely parallels between creating pictures and writing stories. She has been published in the Hope Shines anthology, in 2018, and in the Grieve anthology in 2019. She currently works and lives in beautiful Bellingen with her 10 year old son. 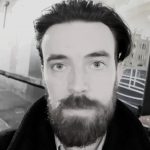 James O’Brien.  Third place for ‘Not to Be’

James is a Melbourne-based fiction writer successfully disguised as an ordinary human being. His previous life as a psychotherapist has given him more than enough material for his first fifty or sixty novels, all of which are as yet unwritten. His main areas of interest are queer genre fiction and the new weird. He hopes one day to own a cat. 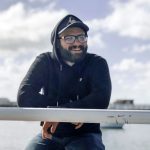 Eduardo Mesiti.  Highly Commended for ‘Let me Overthink About it’

I currently work in the post production department of reality television. I wrestle when I’m not working and write in my spare time. Most of what I write about is based on a mixture of personal experiences and my wild imagination. 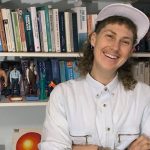 Erin is a dedicated reader, wrestling fan, a swimmer of laps and lover of routine. Erin is a social worker with an interest in social justice issues and has spent the last decade working in community aged care.
Erin has regained a love of writing this year after being inspired by a bunch of queer writers and reminded of the   important role story telling has in privileging queer lives and experience. This has been the most joyful discovery of 2019. 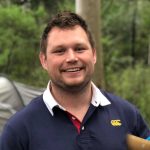 Jake Martin graduated from the University of Wollongong in 2016 with a Bachelor’s degree in Creative Writing. Since then, he was a highly commended winner in the Outstanding Creative Writing competition, both in 2016 and in 2018 for his stories: “Another Open Curtain” and “Blinking”. His first novel “Pride Street” was published online in 2016 and he is currently working on his second novel “Mind Men”. Jake currently works in printing and is a proud player for Sydney’s own gay and inclusive rugby team the “Sydney Convicts”. 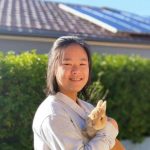 Amy Hoang.  Youth Prize for ‘Sequins in the Dark’

Amy Hoang is a year twelve student from Sydney who spends her days avoiding studying for her final exams by watching films and harassing her pet rabbits. She wants to live in a world where everyone is free to be 100% themselves without fear, and humans possess the ability to fit eight hours of sleep into three. 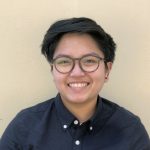 Jenny Nguyen.  Youth Runner Up for ‘A Script’

Jenny Nguyen is a student with a background in Gender Studies. She likes to write about many things – especially queer Asian diaspora. Jenny hopes to continue to write stories where people are able to see a part of themselves in.