Our patron is Alex Greenwich the Independent Member for Sydney in the New South Wales Parliament. 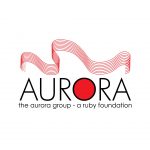 Queerstories is a monthly LGBTIQA+ storytelling night hosted by Maeve Marsden, held in Sydney with satellite events in Melbourne and Brisbane.  They podcast all their stories.

WritingNSW is a government funded not for profit organisation that exists to promote writing-based culture and the rights and interests of writers in NSW.

Ariel Books is an independent bookseller located on Oxford Street in Sydney.

Artful Coaching Liz Whitby, of artful Coaching, was a great supporter of our competition, and for several years provided creative and career coaching for winning writers. Liz passed away in March 2018 after a long battle with cancer.  We will always be grateful for her support to the LGBTIQ community and our writers.