The theme of the 2016 OutStanding Short Story competition was OPEN.  Winners were announced on 25th September 2016.  Read the OutStanding 2016 Judge’s Report 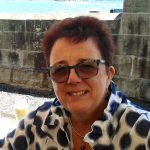 Clare Richardson lives in Sydney with her partner Chris and her two fur babies Lulu and Penny. Clare trained and worked in the Information Technology field, lectured in IT at several Sydney Universities and now works as an auctioneer and jewellery specialist at a Crows Nest auction house. Clare has always loved writing and has dabbled with short stories, children’s stories, haiku & limericks and has one completed novel (as yet unpublished). 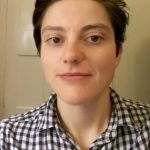 Sam Elkin is a writer and lawyer living in Gippsland, Victoria, and is working on a queer novel set in Perth in the 1990’s.

Julie Galvin’s early writerly aspirations were both dashed and buoyed by accusations of plagiarism by her fifth grade teacher. She writes best under pressure, and if she is doing her job right, you won’t always like her characters. She lives 50 metres from the beach on the idyllic Mid North Coast of NSW, but would happily give it all away for a cramped studio apartment in Sydney. 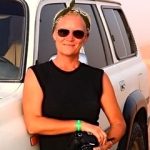 Nicole White’s passion for travel, writing, photography and the English language has enabled her to turn the adventure of a lifetime into a lifetime of adventure.
After living abroad for many years, she is currently travelling with her wife around Australia in an old four-wheel drive. She writes LGBTIQ short stories for her own amusement and writes for the travel blog she and her wife started at www.travelingdreads.com.

Craig Brush worked for 25 years at the Art Gallery Society of NSW. He has written numerous articles for the Gallery magazine Look. Craig has used the lives of famous artists to script and direct short films, and has adapted letters, diaries and notebooks for performance. Craig has written several successful plays, and libretti for opera. 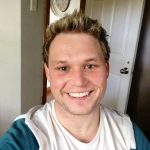 Jake Martin successfully completed a degree in creative writing from the University of Wollongong and was long listed in the Visible Ink encounters anthology 2014. He has worked as a freelance editor and is currently building his own website of self-published work.